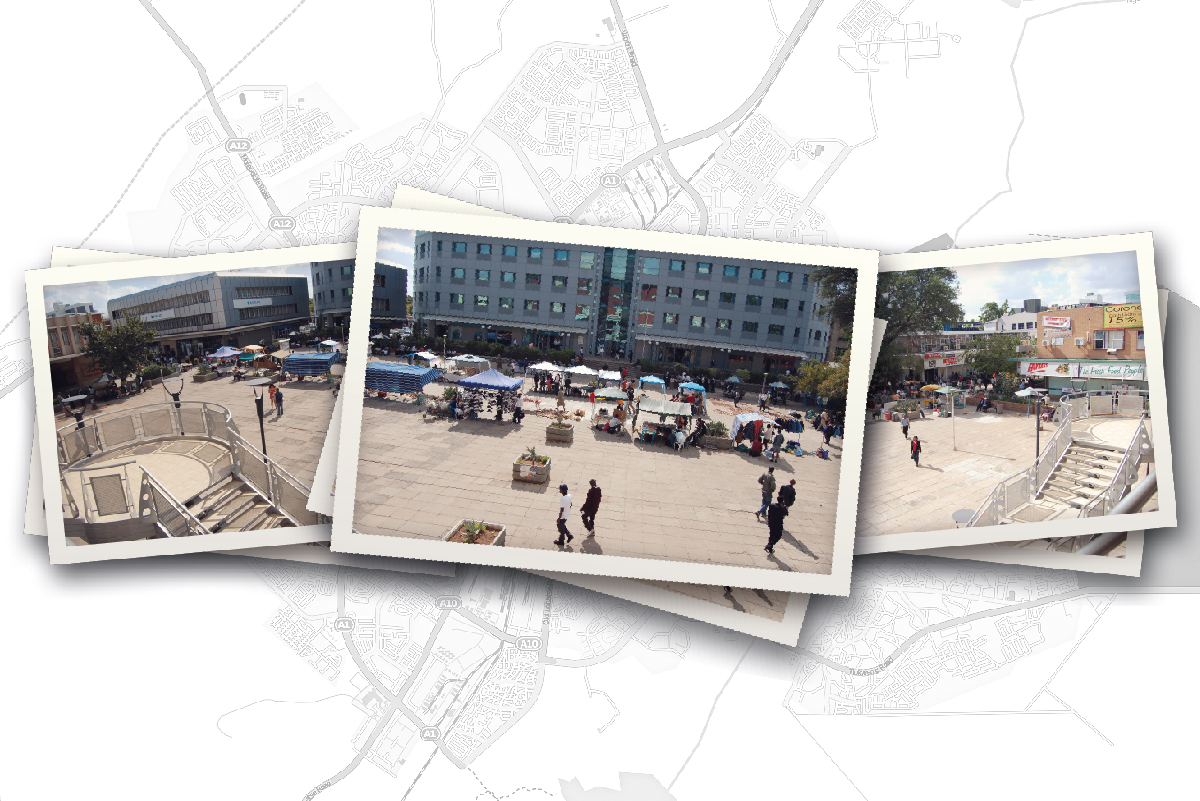 The Main Mall in Gaborone needs more than a facelift, it needs a renewed purpose

I’ve been living in Gaborone for a few years and I have a lot of respect for the Main Mall, but unfortunately, I don’t enjoy going there. I love the fact it is the first mall in Botswana, but sadly it looks like it hasn’t received any TLC for some time. Other business districts and modern malls have been built and continue to be built; Main Mall has been forgotten… until now. Gaborone City Council proposes to invest P1.2 billion in giving the Main Mall a much-needed facelift. A group of young experts apparently submitted an ambitious plan to develop the Main Mall and bring it into the 21st century, by developing the Council’s headquarters and surrounding areas. This news is very pleasing and it’s great to see there are others who also appreciate the value in giving the Main Mall a new lease of life.

However, looking at the proposed illustrations of the planned architecture, I feel they are too abstract. Don’t get me wrong, I want to see modern developments at the Main Mall, but P1.2bn is a lot of money so it has to be done right. I suppose by definition a facelift is a procedure carried out to improve the appearance of something. Although I feel the Main Mall needs more than just a facelift, it needs a renewed purpose. I’m not an expert in construction, architecture or town planning, but my profession does focus on branding and the development of a brand. The Main Mall needs to re-establish its identity, a rebrand if you will, and in my mind, it could do with being Gaborone’s capital of history and culture.

I’ve always felt Gaborone has something to offer from a tourism perspective, but it doesn’t really lend itself to a tourist environment. There is a market; there are people who have more interest in cities, urban developments and heritage than they do beaches, safaris and theme parks. The UK, for example, has a variety of tourist attractions across the entire country, but naturally, London is extremely popular. Even though it’s often cold and wet weather for the majority of the year, people still travel great distances to see London whatever the weather.

My point being that tourism is an important sector in any country and has a major impact on the country’s economy. In Botswana, the revenue from tourism is one of the main contributors to Botswana’s GDP. The main benefits of tourism include the levels of income, but also the jobs it creates too. Botswana has a high rate of unemployment and therefore needs to capitalise on every opportunity to increase tourism. So why not encourage travellers to explore Gaborone? The influx of people coming to the capital city would boost the local economy, which in turn would generate more employment opportunities. The increase in visitors would attract foreign capital and potential investors, lest we forget it would improve the currency value of the Pula.

People take an interest in cities that have their own identities. The Main Mall could be a place where people submerge themselves in culture. The starting point could be the museum/library, a venue to learn the history of Gaborone and the history of the Main Mall itself. An iconic marker at the Main Mall is the ‘gateway’ to the mall. This could be the entrance to a ‘New Main Mall’, a place where Batswana and non-Batswana can interact. I would think about demolishing part of the mall to create an open space for a permanent stage for events and local artists to perform local music, traditional dance, etc. In essence, the Main Mall could do with being a bridge between the old and the new.

When I think about what I miss from the UK, taking aside family and friends, I miss the things that you can only find in certain parts of the UK. I lived not far from Manchester and there is one place in Manchester city centre that I feel could be emulated in the Main Mall. Afflecks (formerly Affleck’s Palace) is an indoor market in Manchester with dozens of independent specialised stalls, small shops, boutiques and trendy cafés. The building was once occupied by a department store called ‘Affleck & Brown’, hence the name. Afflecks Palace first opened in 1981 with an ethos of offering a safe environment for entrepreneurs to start out with affordable rent and no long-term contracts. Unit holders operated under a licence agreement, which allowed them to pay for space on a week-by-week basis. The atmosphere and colourful maze-like layout led to Affleck’s becoming a mecca for alternative culture.

In my mind, the Afflecks model is perfect for the Main Mall. Pretty much every mall in the capital contains the same stores, most of which are South African franchises. Each mall is impressive, but they are repetitive, as a consumer you’re not presented with any real variety. Many of Botswana’s small retailers struggle because high commercial rental fees cripple them. A New Main Mall could be the starting point for all small businesses, a safe environment for entrepreneurs to start out with affordable rent and no long-term contracts. Existing businesses and banks could be relocated or integrated into the New Main Mall. There are a number of embassies based at the Main Mall, so why not permit these consulates an area to share their own cultures; you could experience several cultures in one afternoon!

So what kind of building could house these small businesses? Recycling is extremely popular now and for good reason, after a bit of research, I stumbled across The Hive-Inn. Designed by Hong-Kong-based OVA studio, the ‘Hive-Inn’ is a conceptual hotel structure made from shipping containers in a Jenga-like puzzle. The project predicts possibilities for various applications – hotel rooms, apartments or offices. But it could be used for commercial/retail/food outlets including local cuisine and high-end street food for tourists to sample. Units for curios shops, not just for the likes of Botswanacraft and Jazellas (in Maun), but the existing Main Mall vendors who sell handmade curios and crafts would certainly thrive. In fact, tourists would love it!

A container can be personalised anywhere in the world and shipped to whatever location and inserted within the structure’s frame. It could even be used by global franchises for trial purposes. For example, Botswana doesn’t have McDonald’s or Zara, these organisations could set up a container and ship it to Gaborone to see how well it performs. It would be a cheaper alternative than finding suitable premises within malls, paying high rents and signing long-term contracts. If the trial was a success then these organisations could seriously consider a long-term presence in Botswana, which would result in more jobs going forward.

Maybe a structure similar to The Hive-Inn would be distinctive and unique in Botswana. It would draw visitors to Gaborone and the footfall would ensure small businesses thrive. Local hotels would gain extra guests, as would restaurants, bars and so on. Visitors might want to extend their stay and discover other parts of Gaborone and greater Gaborone. Some might want to watch a local football match or visit one of the local game reserves or Gaborone Dam. Another aspect of the building is the fact each container can be individually branded, which is perfect for advertising. Any containers owned by the Council would ensure a return on their initial investment through selling advertising space. Over time, the building would literally pay for itself.

These are just ideas. I believe there’s value in the Main Mall and it has huge potential to literally be a ‘main’ mall for Botswana and a place for equality. The proposed P1.2bn facelift is brilliant, it might not be the best proposal, but it’s a start in giving the Main Mall a new identity and a renewed purpose. Judging by the comments on social media, there are some Batswana opposed to the facelift and some seem uninspired. I think that’s because there are people who want the Main Mall to stay the way it is. It’s possibly a sentimental notion because the Main Mall is a link to the past and people’s memories. This is why I believe whatever happens to the Main Mall, it needs to be revived, it needs to have a purpose and that purpose needs to be beneficial to a wider audience.