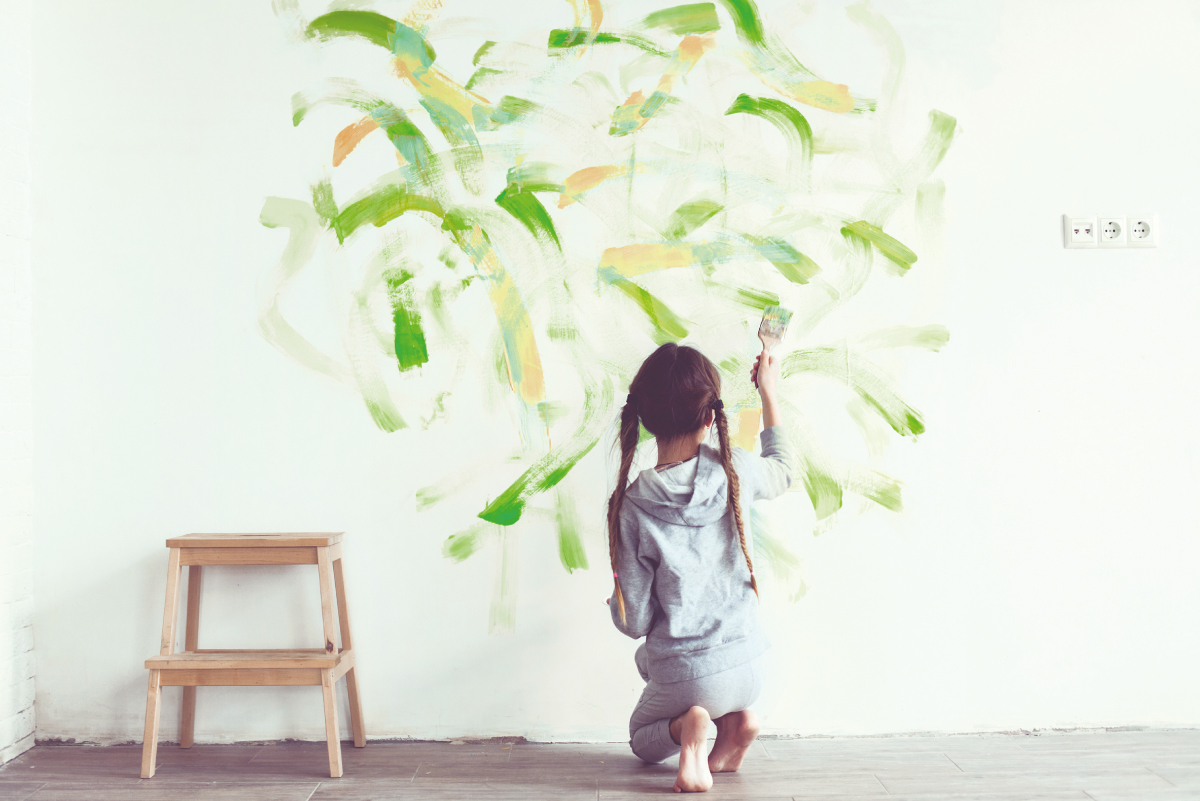 Are We Born Creative?

The age-old question with regards to the origins of an individual’s creativity has been whether they’re simply born with it or is it something that can be developed? Having reviewed a few articles it seems there are findings that suggest creativity is somewhat genetic and lies within a person’s DNA. An opinion I found interesting was that of Tham Khai Meng (co-chairman and worldwide chief creative officer of Ogilvy & Mather) in an article from The Guardian (UK) back in May 2016.

He believes everyone is born creative, but it is educated out of us at school. Children are taught literacy and numeracy and even though schools have creative classes such as art, he feels children are fundamentally being taught conformity. In Meng’s opinion our childhoods are spent being taught how to pass exams, essentially providing teachers with what they expect. However, by the time we leave school and enter the work environment, we have been conditioned to conform.

We spend our days in meetings and talk about ‘thinking outside the box.’ But rarely do we step outside of it.

He makes some valid points and it’s a perspective I hadn’t considered before now. Theoretically everyone is born with the potential to be anything, but life experiences, the people around us and our environments can influence the choices we make. Therefore someone born to be creative won’t necessarily embark upon a creative profession. I guess therein lies another question as to whether fate or destiny plays a part?

I believe those who are born creative can enhance and develop that creativity, if they choose to do so. I don’t believe you can teach people how to be creative per se. You can teach someone how to use creative software, but it doesn’t mean they can apply those skills creatively or effectively. Smart phones provide consumers with high-tech equipment to take amazing pictures and apply all kinds of filters, but does that make every smart phone user a professional photographer?

Although describing someone as being creative can be subjective. I’m referring to graphic design, which is everywhere whether it’s good or bad, its one of those industries where the bad will (for the most part) go unnoticed. Unlike other professions where you don’t need to be an expert to figure out someone did a bad job. In my opinion good (if not great) graphic design has to not only be pleasing to the eye and effective, but the artwork must encompass the basics. It’s the absence of these fundamentals that ultimately differentiates good design from bad design.

I do feel there are people who are born creative, but rarely get the opportunity to recognise or explore their gift. There is a level of uncertainty about the creative industry and not all parents see the value of a creative profession and some push their children towards other professions. A couple of years ago a young man emailed me asking for advice. He had a passion for art and design and wanted to pursue his passion, but his parents wanted him to study accountancy. I couldn’t tell you if he was good or bad because he didn’t send me any examples of his work. The thing is his parents dismissed the idea that a creative profession was a serious profession. They felt accountancy was more sustainable in terms of a career with opportunities and financial security. He was hoping I could advise him on how he could convince his parents otherwise.

Thinking back to my own childhood I didn’t have this problem. I became a graphic designer when I was around 6 or 7 years old, but I didn’t know it at the time. I always had a talent for art and design, which isn’t surprising as my father is an exceptional artist as was my grandfather (my father’s father), so I was encouraged to be creative. It was at primary school where I first heard the words “graphic” and “designer” because this is what my teachers predicted I would become.

I think most (if not all) of my classmates felt the same way, I was top in the class when it came to drawing and normally came first in drawing competitions. The last competition I entered before I left primary school came after a school trip to an opencast mine. This competition is one I remember in detail. After the visit the mining company executives told us about a competition to design their company logo. Although this was clearly just a fun competition, I took the challenge seriously because first prize was £500 and in 1989 that sum of money to a nine year old was like £500,000. The brief was simple, design a logo using the company’s acronym GHL (Gordon Harrison Limited) and use only the colours red, green and black. I don’t have a copy of my submission, but the concept is etched into my memory… below is what I remember about my design.

Unfortunately I didn’t win. The winning artwork was a picture of a truck unloading coal and the letters GHL, but it was a picture not a logo. I was upset and frustrated not just because I lost, but also because the people who came first, second and third all drew pictures not logos. Obviously the company’s executives were not obliged to offer a nine year old any explanation or constructive criticism, so I just had to accept the outcome. Although at nine years old I knew the difference between a picture and a logo and I can’t explain why I understood the difference and my classmates didn’t.

Fast forward a few decades and I found myself recalling this period in my life and so I searched for the company via Google and thankfully they have a website. To my surprise their logo doesn’t incorporate a truck unloading coal, it doesn’t feature any mining related equipment and neither does it use the green, red and black colour scheme. But it does have a stark resemblance to the design I submitted, but you can draw your own conclusions.

Admittedly it’s not a carbon copy, but the similarities are too much of a coincidence. Judging by the look of the website the company hasn’t moved with the times, so I imagine the branding project they carried out in 1989/90 for the most part will be the same brand they have today. As far as I can remember they didn’t have a logo prior to the competition, so there was nothing to influence what designs we created. It seems I potentially created a brand concept that inspired the design of their brand identity that has lasted over 30 years… a concept I developed when I was just nine years old.

Is this evidence to suggest I was born creative?

I’ve always been creative and to me it comes naturally. It’s difficult to explain, but I believe people with a natural born talent for creativity can see what others can’t see. We look at things differently and we analyse pretty much everything especially aesthetics. It’s something you can’t instil into someone else, you either get it or you don’t.

If I refer back to the young man whose parents wanted him to study accountancy, I don’t consider them bad parents; they obviously care about their son’s future. Their ignorance towards the creative industry is widespread. I think to some extent the creative industry is seen as a lifestyle choice. The majority of people disregard what they don’t understand; quite a lot of graphic design and modern art has become too abstract and pretentious and I don’t think this helps the industry. Nor does the fact there appears to be more and more amateurs learning Photoshop and trading as so-called graphic designers.

A lot of the time being creative and working within the industry can be a thankless job. Herein lies the conflict that I believe separates those who are born creative and those who aren’t. Naturally creative people are not seeking fame, they do what they do because they want the world to look better. Many others self-proclaimed graphic designers are misguided, thinking the creative industry is a fast-track route to fame and fortune. Not surprising when you have the beast of society that is Facebook, a platform for designers to constantly blow their own trumpets and acquire hundreds of ‘likes’ as a result of popularity. Naturally born creatives with a bonafide talent can often be overlooked on social media, but are satisfied with praise from their professional peers and of course their clients. Yet for others they need constant reassurance.

I do believe I was born creative because it’s been my main talent for as long as I can remember. I don’t believe I would have gone into any other profession because there isn’t anything else I can do as well or as passionately as I do graphic design. I’m not Mozart and I’m not special or unique, so other people must be born creative too.

What do you think?