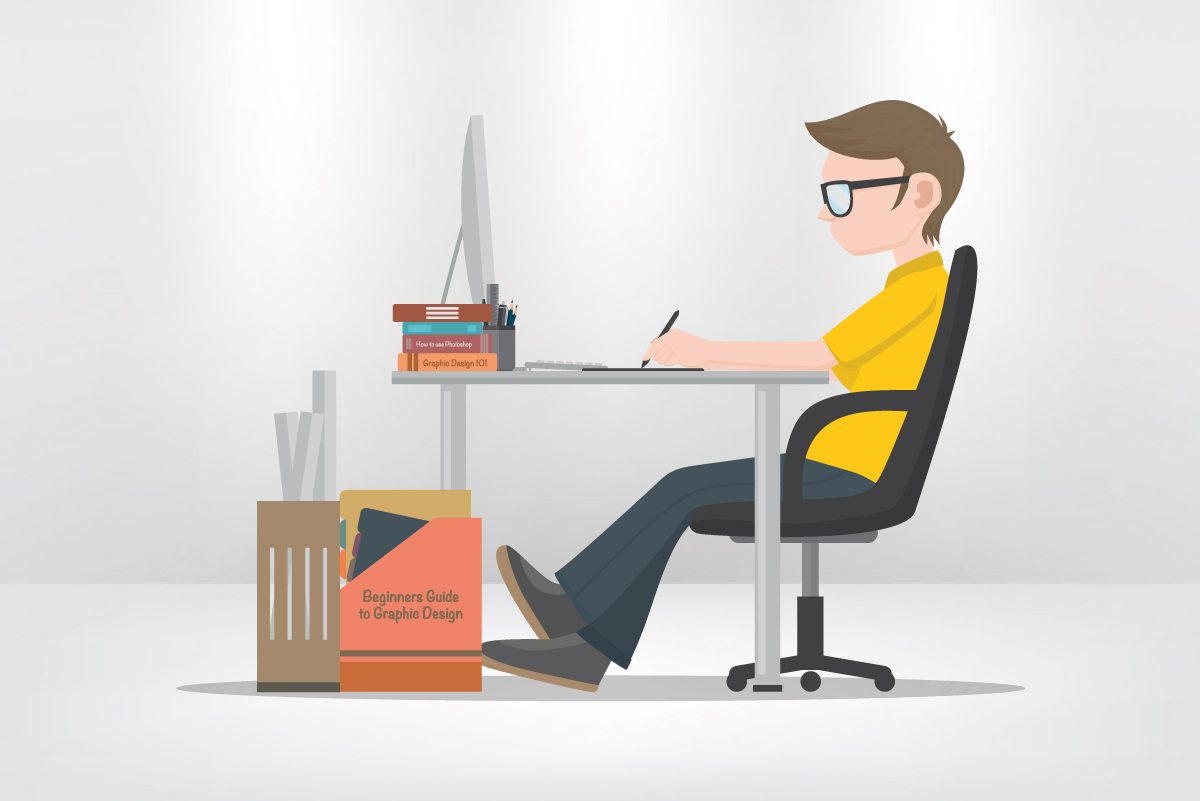 Think before you announce you’re a ‘self-taught’ graphic designer

I’ve been operating in Botswana for a few years now and the design industry is saturated with large, medium and small agencies and a high number of freelancers. Then there are photographers, photocopy shops, printers, interior designers and everyone else who supposedly provides graphic design services. When you observe the quality of design, you can see there is a deficiency across the board. Don’t get me wrong there are some talented designers, but they are in the minority and the majority tend to be individuals who are self-taught. I don’t have a problem with self-taught graphic designers per se; my concern is the industry is being degraded because of it.

One thing that stands out for me is the fact many self-taught designers are so proud of the fact they taught themselves, they use it as a badge of honour. Why? Most people outside of the creative industry don’t know the difference between good and bad design. If they were looking to engage a graphic designer they would want to hire an experienced professional. The term “self-taught” is another way of saying “amateur” and it doesn’t inspire confidence. Would you trust the skills of a self-taught doctor or a self-taught dentist?

The creative industry is one of those industries that doesn’t necessarily require practitioners to have recognised qualifications, particularly graphic design. Practitioners do have to exhibit a certain degree of proficiency, but that can be extremely subjective. A contentious issue within design circles is whether education/qualifications are relevant for those wanting to pursue a career in graphic design. Studying serves a purpose, but because college projects are typically theoretical every aspiring graphic designer, even graduates, need relevant work experience before they become a fully-fledged graphic designer.

“There is no replacement for a conceptual education. I’ve said it many times and believe it to be so, now more than ever: Knowing software is not the same as being a designer. This is true whether you’re talking print or digital.”

The vast majority of self-taught individuals call themselves graphic designers and ‘brand experts’, simply because they can navigate their way around Photoshop. Many go a few steps further into the ridiculous and offer Photoshop tutorials to other wannabe designers, or run workshops claiming to teach graphic design in a week. Jamie Cole (quote above) teaches editorial design and trains his students to analyse magazines in depth and also to understand the production process too. This way his students comprehend “there is a WHY to design, not just a HOW.” Self-taught designers are primarily fixated on the HOW. Whatever your opinion, you cannot ignore the fact that every specialised profession at some stage needs some form of education or training.

But this ‘self-taught’ epidemic is not specific to graphic design; photography is another field that is exploited. A recent article by the Botswana Gazette reported on the ‘Keeping Youth Busy’ initiative with the headline shown below…

The article doesn’t explain where this statistic came from and if it is true, why is no one concerned by the fact Botswana has one million photographers? That’s almost half the entire population. One would hope the figure includes everyone with a smart phone. The article features a local photographer’s pearls of wisdom in which he suggests photographers should work together rather than compete. Good advice? Maybe considering the simple maths ratio of two clients for every photographer isn’t a recipe for a successful business. The actual reality is far more worrying as it highlights the fact a small percentage of professional photographers are competing with a far larger percentage of amateurs. I’m not convinced collaboration is the best advice; the nature of trying to stand out requires separating yourself from the crowd.

I would also assume most of the one million photographers claim to provide graphic design as well as photographic services. It’s a huge joke and it’s not remotely funny. Most design professionals have spent 3-5 years studying, during which time they should have learnt the basics – which is vital and a key ingredient most self-taught designers don’t possess. They typically start off by obtaining Adobe Photoshop then spend days fiddling around, watching self-help tutorials on YouTube. The end result is a vast amount of inexperienced, self-proclaimed graphic designers bursting with confidence. But it’s not only self-taught designers that can fail to apply the basics, unfortunately the same can be said of qualified designers, but how and where designer are educated in Botswana is an entirely different topic altogether.

“Frankly, I can tell pretty easily when conceptual education is missing in a designer’s background – especially by looking at the underlying files. In craftsman’s terms, there is often a lack of “fit and finish” that’s evident in the details.”

The comment below was made with regards to what self-taught designers miss by not going to school.

“Perspective: Design has been around a lot longer than Photoshop. Being able to use a hammer doesn’t make you an architect. There’s nothing more amateur than someone who thinks they’ve got it figured out or they have nothing to gain from formal education. You will never grow thinking this way.”

The problem is the blind continually lead the blind. Not everyone can be a graphic designer; there are certain qualities you either have or you don’t. Self-taught designers accredit themselves and their vision can become a reality through social media. These days’ designers use social media to showcase their work and seek feedback; in my opinion social media is a large part of the problem because it can distort reality. If you’re popular on social media you can post any old crap and receive hundreds of ‘likes’ and sycophantic comments. This can be attributed to a combination of things. Most of those ‘likes’ will come from family and friends and no matter what, good or bad, they love you and will support you. Batswana are proud and supportive of ‘local’ in every sense and will champion their comrades. People have been conditioned to automatically show unconditional support to those with perceived popularity, never challenging whether that support is deserved or ever reciprocated.

This is why social media isn’t always the best influence or the best gauge for a young designer’s development (self-taught or otherwise). Posting a few samples of work and receiving nice comments is flattering and addictive, the accolades just boost an already bloated ego. Seasoned professionals do not actively solicit acceptance or praise, although any received is a much welcomed and appreciated bonus. Any notoriety a self-taught designer receives from seasoned professionals will stem from the fact their work doesn’t have the hallmarks of someone who has mastered basic design concepts.

“I can often pinpoint self-taught graphic designers based solely on their portfolios because of their blatant disregard for basic design fundamentals.”

The problem is this new age approach adopted by the new generation is essentially to build a personal brand as though he or she is a Ferrari, but it’s all bravado. Imagine you’ve taught yourself how to drive and then jump in a Ferrari… it will eventually become overwhelming and there’s the risk of a crash. In other words their reign could be short lived, but the damage they cause to the industry is more impacting. It’s bad enough there are websites and apps enabling people to independently create fantastic graphics and create logos in 5 minutes. But what if clients start to feel they can teach themselves how to use creative software, or enrol their children to carry out projects for extra pocket money?

Ultimately, all creative practitioners are judged on the quality of their work and professional designers will detect the self-taught designers. They are easy to identify, not just because their work shows no evidence of design fundamentals, but because they try to substitute style for substance. Maybe prospective clients will notice too. Amateur designers need to stop and think before they advertise the fact they’re self-taught. It’s bad enough THEY think this is how you become a graphic designer, it’s made worse by the fact they’re influencing many others to believe the same.